Treasures of the past

Tribal Linked Databases A tribal registry is a register of tribal members that belong to a particular tribal unit. Tribal registries help tribal organisations coordinate with tribal members on tribal affairs. This includes things like voting on crown engagements and settlements, the selection of tribal governance members, and tribal entitlements. The systems for curating and managing tribal registries and how the information from the registries is used vary between tribal entities and their corresponding organisations, but they generally follow a similar process requiring individual members to engage with a registration process and verification process. This is often a grand undertaking performed by dedicated (and often voluntary) administrators, requiring the identification, communication and verification of thousands of tribal members. This process can take years and hundreds of thousands of dollars to establish and maintain and often results in inaccurate information and some confusion or disagreement by tribal members which can lead to internal conflict, communication failure, and social dissolution. With this in mind our project partners have proposed the development of a new system for developing and maintaining tribal registrations that acknowledges the mana and sovereignty of each Whānau and Hapū (Subtribes) by distributing the administration and authority of the tribal database to the associated Subtribes.

Collective Whakapapa Management An individual's whakapapa or genealogy determines their association with a whānau, hapū and iwi or tribal unit and often therefore defines their entitlement as a member of that tribe. For the purpose of developing tribal registries, a person's whakapapa connections to that tribe are provided either by the individual or a parent, and are reviewed by tribal administrators or selected experts to corroborate the persons whakapapa claims. Due to the transfer and preservation of whakapapa largely being an oral tradition often absent of corroboration from peers, it is not uncommon for entitled individuals and to not know their tribal affiliations and for inconsistencies to arise between different whānau, hapū and iwi accounts of whakapapa. Common inconsistencies take the form of different child and parent connections, the order of births, names and spelling of names, and birth and death dates and locations to name a few. The absence of whakapapa knowledge and the variances can make the verification of an individual's whakapapa challenging sometimes leading to disentitlement, disassociation and tribal disagreement. As a part of this newly proposed system whānau and hapū will be developing and managing their own whakapapa databases to manage, visualise, and corroborate whānau and hapū information.

Techincal requirements The system proposes that each participatory Individual and Subtribe set up their own distributed databases and set of asymmetric cryptographic keys for Members, Kaitiaki (Administrators) and other defined groups. Databases will be backuped to tribal managed servers enabling the sharing of information online but the distributed nature of the database will enable offline collection and contribution. Each subtribe will design and develop their own practices, defining what information will be collected, and the different permissions that people will be able to have including access and editing rights. They will also be able to determine how this information will be shared across tribes e.g. between whānau, hapū and iwi and how that information will be managed between these groups.

Proposed implementation and Use cases 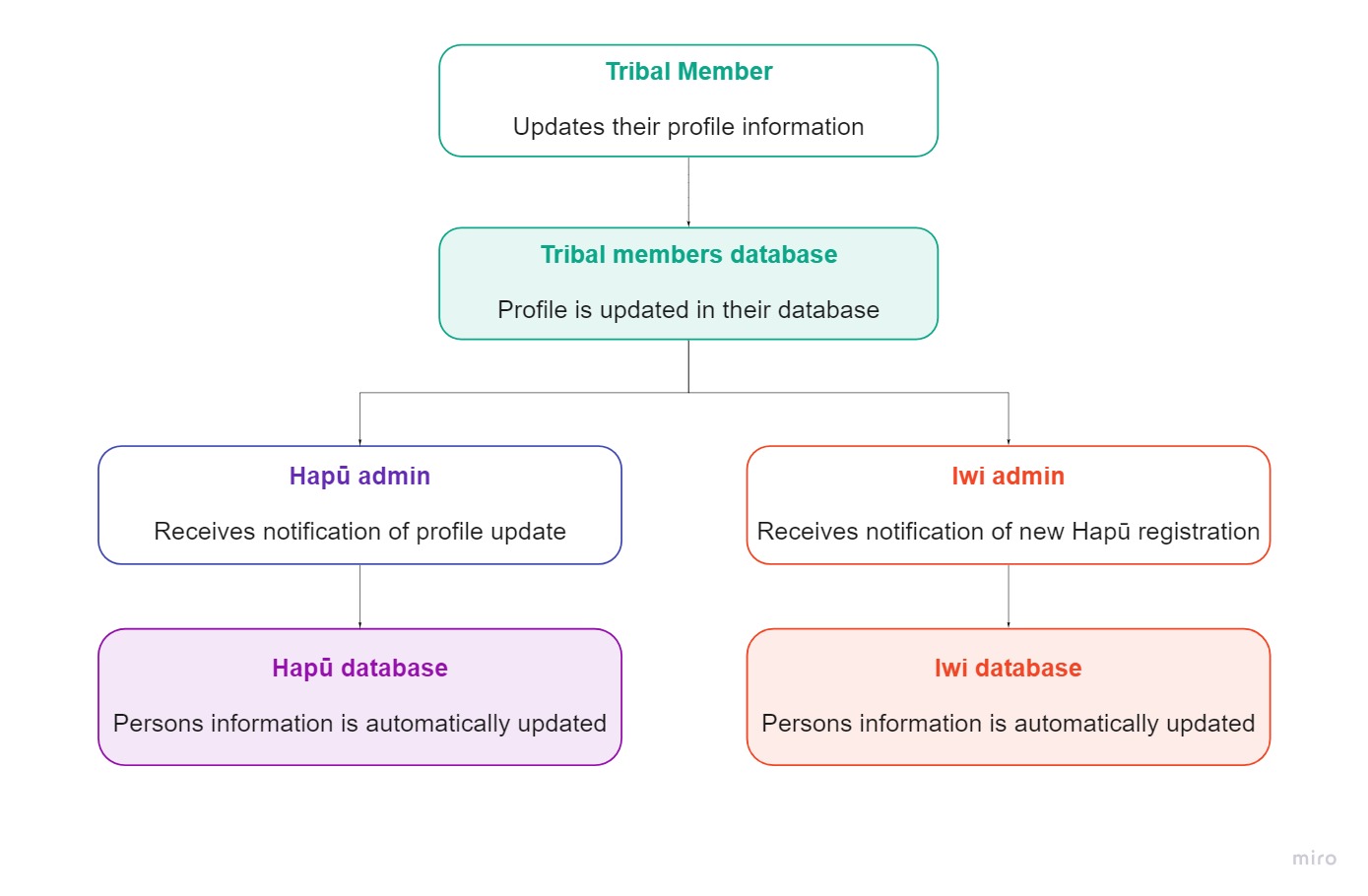 Get in touch with us to trial the app with your whānau today.
CONTACT US